The ability to know and identify the barrier between the self and the other allows a sense of control, therefore authority over the barrier, thus shifting the power struggle in the favor of the self-acknowledged self. The barrier is a static force which delineates and defines, but does not bestow power. Nor is it understood as an impassable structure. It has the possibility of being penetrated, crossed, or removed. That potential of the failure of the power structure then automatically bestows a certain amount of (potential) power to the “other” (that party not in power). 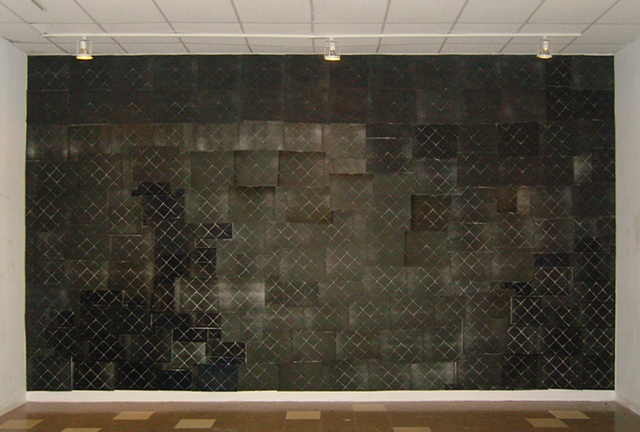 Barrier Installation I
< previous next >